How to cope with being bored in lockdown 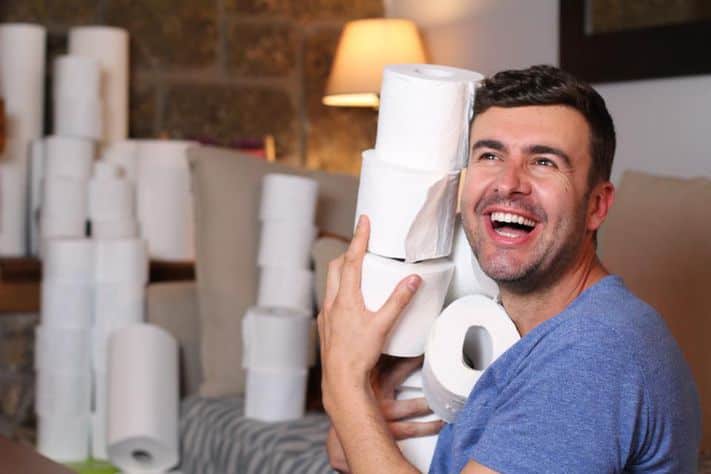 Being bored is quite simply, the worst. It’s a lackluster state of mind where the thought of resting your head on the firm arm of the couch and doing nothing, seems more comforting than actually doing something remotely productive. We’ve all been there, and we feel you.

What does being bored mean?

You aren’t stupid. We’re not the Oxford dictionary nerds and we are by no means going to spend our valuable time teaching you kindergarten words. You haven’t come here for that shit have you?

Instead, what we will spend our valuable time on is keeping you on the straight and narrow, far away from perpetual boredom. There is of course a definition for the word bored, but to be honest with you folks, boredom to one person is not the same as another. There’s a shit load of interests and hobbies to take into account.

Do celebrities get bored?

According to their social media, no. Although, as we already mentioned, there’s different types of boredom. Take Elon Musk for example. When Elon got bored, he created The Boring Company along with a fucking flamthrower!

When Kim Kardashian gets bored, she uploads a photo of her ass to the great wide web, inviting millions of reactions. Now we are by no means judging boys and girls, so hold your horses right there before we have the PC police gnawing at our backside.

The main point here is that they both found ways to pull themselves out of the dreaded pit of boredom by their own methods, which is great for them.

Things to do when you’re bored

Don’t worry, we’re not going to suggest you pull your pants down and show your mangly ass anytime soon (unless we get bought out by Only Fans, and let’s be honest, we all know exactly what that’s really for).

What we will do is give you a few suggestions, all of which can be found in our weekly boxes. The only thing you have to do is unbox the best of the internet, directly from your firm couch.

One does not simply indulge in adventurous quests right now, but you can jump back into the world of hobbits and wizards on Netflix. It will keep you going for at least a day.

Plan a road trip, not now of course. We aren’t recommending breaking Boris Johnson’s lockdown anytime soon. When it’s lifted though, you could have an epic road trip on your hands with Road Trippers.

The best Cards Against Humanity Clone! It’s not exactly the real thing, but it pretty much is. We gave it a bash and it has the same outrageous cards, plus it’s free.

You’ll need to be quick here, this shit is selling fast. Basically, Pizza Pilgrims send you all the ingredients you need to make and cook your own pizza. You can also share a photo of your creation and they’ll rate it.

If you want a constant supply of things to do (being bored sucks), just give us a follow on one of your more favourable social media platforms. Or if you don’t believe in self justification, just come back to The Bored Hoard every Friday to open a new box.